Outside the sod shanty a settler chopped into the broken ground and dropped seed corn into each cut. A year of wind and weather would soften the field for cultivation.

How Do Developers Create Massive Open Worlds For Exploration?

But the first crop was sod corn, growing in the matted grass roots. On the prairie lay buffalo bones left by hide hunters. Pioneer settlers hauled wagon loads of bones to the nearest railroad town, trading them for a wooden door, a glass-paned window, or some joints of stovepipe.

The bones were ground up for fertilizer. Near the first sod hut other pioneers marked their claims with a "straddlebug"—three boards nailed in a flimsy pyramid. New "soddies" appeared on the prairie, with new breakings beside them. These small fields, almost lost in the blowing grasslands, were the beginning of a changed country. In a few years roads were graded along the section lines, settlements sprang up at the township corners, and wheat and corn grew where the buffalo grass had been. Whatever their surroundings, the pioneers had to depend on themselves and on the land.

Self-reliance was a frontier requirement. Game provided food and leather clothing. New settlers gathered wild fruits, nuts, and berries. For salt they boiled the water of saline springs. Maple sugar was made by tapping maple trees in early spring and boiling the sap until it thickened into a tasty sweetening.

Substitutes for tea and coffee were provided by boiling sassafras root and brewing parched corn and barley. With an ax and adze for cutting tools, the pioneers made beds, tables, benches, and stools. They split logs into rails to make the zigzag fence that enclosed their clearings. Pioneer women learned to supply their own household goods. Gourds served as pails and dippers. Wood ash was sifted to make soap. Tallow sheep and cattle fat was molded into candles. Every cabin had two spinning wheels—a big wheel for wool and a smaller wheel for flax.

With their own home-woven "linsey-woolsey," a coarse cloth of mixed linen and wool, pioneer women made their family's clothing. Clothes were also made from animal skins, which the pioneers tanned into leather. Winter was a hard season on the frontier. In bitter weather the family huddled around the fire. 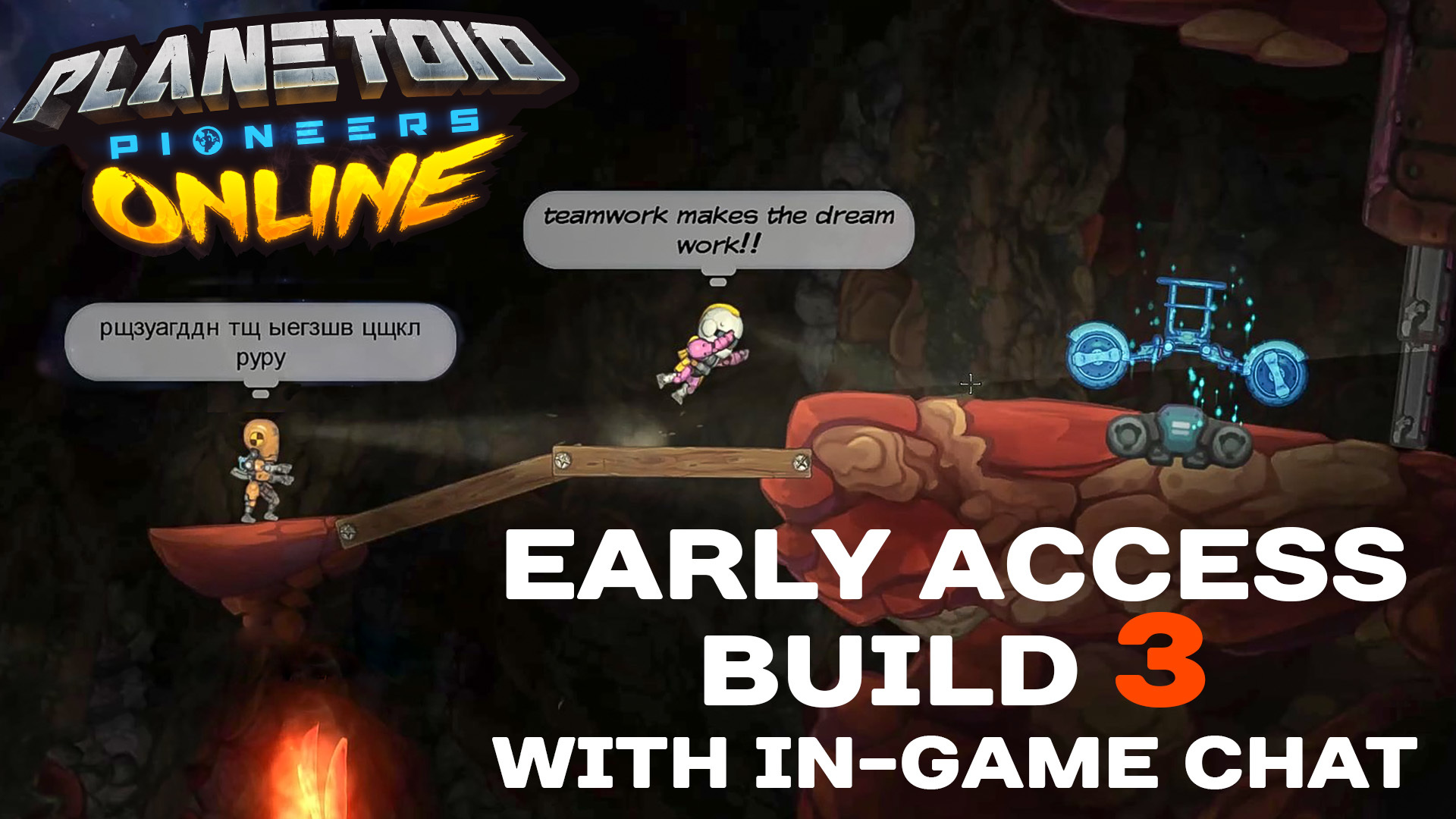 When there was no leather, some people went barefoot and suffered frostbite. Food was scanty and monotonous. For months there were no fresh fruits or vegetables. In early spring, women looked eagerly for the first wild mustard and dandelion plants, which they could boil into a dish of "greens. As long as they had their health and strength, people could stand hardship. But every family had frequent bouts of illness.

The most common frontier ailment was chills and fever. Young and old suffered from "the shakes," shuddering with cold and then breaking into a drenching sweat. This disease came at the end of summer and lasted until frost. Since it was most common in marshy districts, the settlers thought it came from breathing damp air. Actually it was malaria, carried by mosquitoes. When swamps were drained, there were fewer mosquitoes and the number of malaria cases declined.

For medicines the pioneers had to provide for themselves. Women soon learned the use of herbs for healing. They used boneset for fever, pennyroyal to purify the blood, horehound for coughs, and ginseng for tonic.

Syrups and salves were made from cherry root, horseradish, and witch hazel. Wild mustard, poplar root, and red sumac root went into teas, poultices, and powders. The standard cure for a chest cold was to rub the chest with goose grease and apply a mustard plaster. Some frontier remedies were based more on superstition than science. Among these were potions of walnut bark "peeled upward," boiled nettles, and "nanny tea," made from sheep dung.

Pioneer families tended to be large. Most cabins had a cradle, hollowed from a poplar or cottonwood log, and the cradle was rarely empty. Children were helpful in new lands. Girls soon learned important household tasks—gardening, cooking, spinning, weaving, mending, sewing, making soap and candles. Boys worked in the woods and fields with their fathers.

They learned to fell timber, to clear out brush, to split rails and build fences. A rail fence would keep hogs and sheep out of the corn, but deer could leap that barrier. It was the children's job to chase deer out of the fields and to keep squirrels from devouring the growing crop. Children pounded dried corn to make cornmeal.

When gristmills came into the neighborhood, it was typically a boy's chore to ride to the millstream with a bag of grain behind his saddle and return with a dusty bag of meal. Although pioneer families were extremely resourceful and nearly self-sufficient, neighbors were highly valued on the frontier. When fires went out, one could borrow a pan of glowing coals from the nearest cabin.

Neighbors from miles around helped newcomers with logrolling, house-raising, and barn-raising. Entire communities joined in hunts for wolves, foxes, squirrels, and rabbits. These common tasks, shared by pioneer neighbors, also provided amusement on the frontier. A house-raising was also a picnic, with women spreading a dinner on the grass while children swung from grapevines and the men laid up the roof poles on a new cabin.

Neighbors gathered for "husking bees," competing to see who was the fastest at stripping the husks from ears of corn. The cornstalks were kept for fodder, while the husked corn was stored in a crib.


Pioneer women held "quilting bees," exchanging family news while they sewed patchwork together. One amusement that did not involve household tasks was the barn dance. With a local fiddler playing such tunes as "Skip-to-my-Lou" and "Way Down in the Pawpaw Patch," men, women, and children joined in square and circle dances by lantern light on a rough barn floor. To pioneer people, "book l'arnin'" was less important than learning to use an ax and a plow, a loom and a spinning wheel.

But as settlements grew, parents wanted their children to know the three R's—reading, 'riting, and 'rithmetic. In crude log schoolhouses, shelves fastened to the wall served for desks and the students sat on three-legged stools. They used charcoal to write on hand-smoothed writing boards. Later came slates and slate pencils. A slate, wiped clean after each lesson, could be used for years. A teacher known as a schoolmaster or schoolmistress sat in the front of the schoolroom at a rough plank table.

In the corner the teacher kept a bundle of hickory switches to whip unruly boys. Teachers "boarded round," a week at a time, in the homes of pioneer families. Often they slept in cabin lofts.

They were paid according to the number of children they taught. All grades sat in the same room. In wooded regions children walked as far as 5 miles 8 kilometers on forest trails to the schoolhouse. On the prairie frontier they often went to school on horseback. They ate their lunch in the schoolyard in good weather and around the stove on winter days. In frontier schools all over America, the most common textbooks were the McGuffey Readers.

Their pages were full of references to rural and pioneer America.

In McGuffey's primer the first lesson was "A is for ax. The readings described children at work and play in barnyards, fields, and forests. These schoolbooks brought learning close to pioneer life. Before the first churches were built, religion was carried to the frontier by the circuit rider, a preacher on horseback. The circuit rider visited pioneer families in their own cabins.

He carried a Bible and a hymnbook in his saddlebag. He preached at crossroad settlements, standing on a stump or a wagon bed. He read from the Bible, prayed, and "lined out" hymns, reading one line at a time, which the people sang after him. In remote cabins he performed baptisms and marriages. He prayed over the graves of the dead. As settlements grew, communities organized congregations and built churches at the crossroads. The church became a social as well as a religious center.

It was a place of community socials and suppers, of Christmas entertainments, of Sunday school parties and neighborhood gatherings.